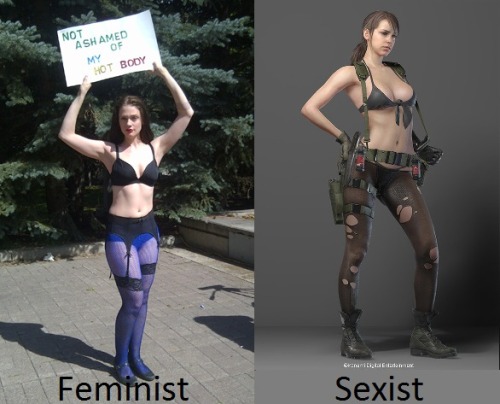 The first woman is a real human being. She controls her own body and has her own personality. She has control over her own actions and can make autonomous decisions in her life. She also has to directly deal with the people around her and the bigotry, stereotyping and harassment that she is exposed to. She is real, she has emotions, she has thoughts, and she has rights.

The second woman is fictional. She was created by other people who exert full control over her body, appearance and actions. Her sole purpose is to be literally bought and sold for the entertainment of an audience. She cannot make her own decisions, she cannot control her own body and she is not real. She is not responsible for her behavior or appearance: She is the product of the environment that she was created in.

The first woman, by virtue of being a human being who identifies with the feminist movement and acts in accordance to those beliefs, is therefore a feminist. She is actively participating in feminism and is choosing to dress herself in a manner of protest that best demonstrates that she alone controls her body, and that no others have a right to access her body without her consent. She is a multi-faceted person who has agency, and part of that agency includes the ability to look sexy while refusing to consent to her own dehumanization. Her actions are not only one small part of what makes her a person, but she is also participating within a cultural trend of protesting rape culture.

The second woman, because she is not autonomous and was designed by a series of outsiders, is sexist because she is the passive product of sexist content creators. She exists as an ornament. Her clothes were chosen as fan service so that she can be sexually available and gratifying at all times, most likely for straight male gamers. Her erotic appearance has little functional purpose other than to please an audience. And since she exists within an industry that is consistently criticized for ostracizing female participants and creating a large gap between the depictions of male and female characters, her appearance is simply one detail within a much larger array of sexist problems.

omg thank you finally someone puts it into words

DexX
It's so simply. Anyone who doesn't get it has to be being deliberately obtuse. 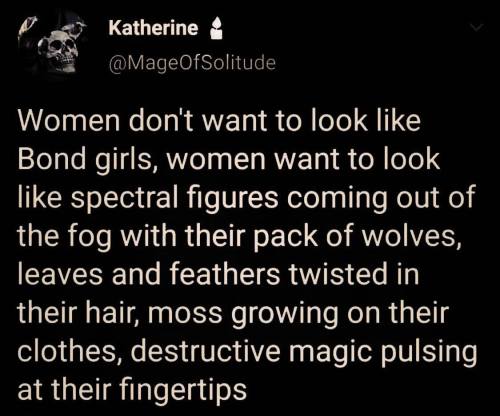 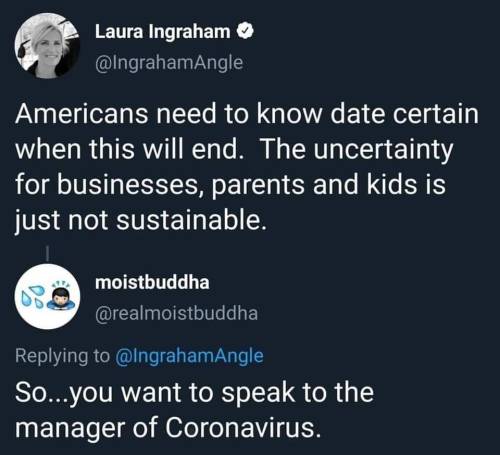 panhasablog:See that girl, watch that scene, but only through a screenkonmariyourboyfriend:You can...
Tuesday March 31st, 2020 at 3:28 AM

Wait, there's no such thing as unicorns?
2 Shares

See that girl, watch that scene, but only through a screen

You can dance, you can jive, but you can’t go outside

You are the dancing queen, young and sweet, now in quarantine

halfprincesshalfgoddess: You: Weird flex but ok Me, an intellectual:
Tuesday March 31st, 2020 at 3:27 AM

You: Weird flex but ok